Dorlon L. Pond Jr., a member of the Henderson Writers Group, is from Mohawk, a small village in upstate New York. He wrote an exposé on Eli Whitney and his cotton gin in school. He then wrote a short story entitled “FIGHT FOR LIFE”. Also written were two short three act plays. In his senior year, Dorlon directed a one act play for his public speaking class and decided to write a book, but could not come up with the right idea. Twenty seven years later, an ad in a Las Vegas, Nevada newspaper prompted him to talk to a casting director where he mentioned he had an idea for, and wrote a movie script entitled, “LADYHAWKS”. He also played an extra in the movie “HEAD OF STATE” and then went on to write three more scripts before writing his novel entitled, “SHE WENT ABOVE AND BEYOND” about a woman who starts out life in poverty and abuse to become one of the worlds’ most loved women. Since that time he has written fifteen short stories, with ideas for thirty one more. One of his short stories has been published. 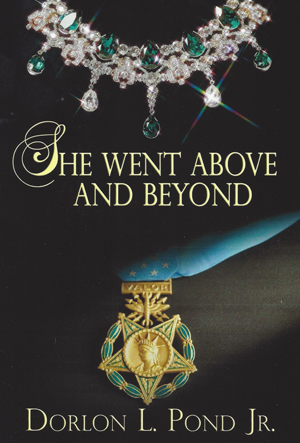