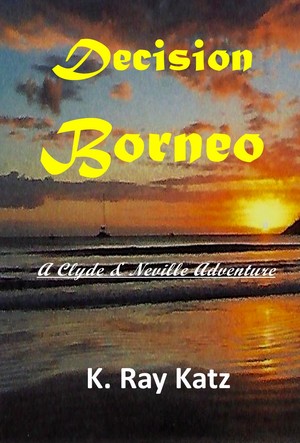 Clyde and Neville are a pair of middle-aged Englishman who have worked behind enemy lines since the start of W.W. II as Coast Watchers and all-around mischief makers. Often accused of being unwitting agents of the Japanese their activities often border on the insane as they go about waging war on their own terms. Switching from deadly serious to humorous at the drop of a hat, our heroes always go about their activities with an eye to making some money and finding something to drink, preferably beer.Having helped with the invasion of Leyte, they are off on another adventure fighting storms and the Japanese Army on Borneo, meeting the animals and natives who use poison darts rather than rifles. Along the way, the Japanese Navy also has the misfortune of meeting Clyde and Neville who seem to change ships almost as fast as they can drink a bottle of beer.