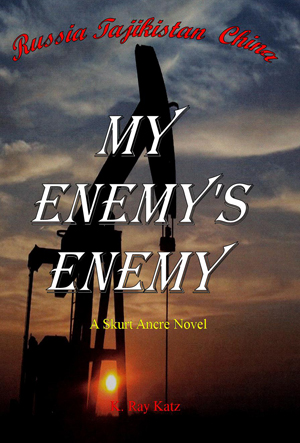 Internal strife and its need for more crude oil pushes China to devise a scheme to cover its invasion of Tajikistan where a new oil field has been discovered. Using Iran’s need for enriched uranium and the need for North Korea’s new leader to appear capable of guiding his unstable government and the upcoming Winter Olympics in Sochi, Russia, China’s leaders embark on their misadventure. A Russian oil executive, Skurt Ancre, who’s previous deeds have earned him the ire of the governments of both Iran and Russia finds himself and his secret organization thrust into the middle of events when his wife is trapped in the rubble of a terrorist attack in Sochi. As war breaks out an unprepared Russia comes to the aid of its ally. Ancre is drawn ever more deeply into the conflict and devises a way to stall China’s advance until Russia can muster its forces. Working to save Russia and Tajikistan from disaster, Ancre must also prevent his secret organization that controls the economy of the Russian Far East from being discovered. While these events are playing out, the United States and Israel cooperate to work against Iran and South Korea targets the vulnerable North. In the end, the rule that the “Enemy of My Enemy is My Friend” is once again proved true.