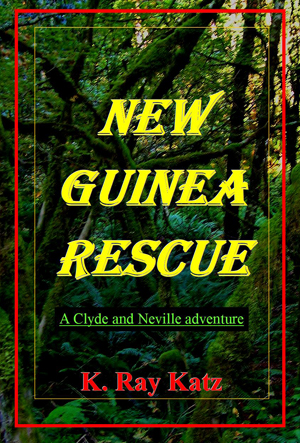 Follow the antics of Clyde & Neville as they annoy friends and battle enemies, on water, in the air and deep in the jungles of the South Pacific during W.W. II, where they never lose their sense of humor- fighting the enemy or searching for the perfect beer. They are simple plantation owners on a South Seas Island before being chased off by the Japanese. They volunteer as Coast Watchers, working behind enemy lines. Problems occur, many of their own making and dog them as they confound both the Japanese and the Allies. Never having learned to put up with bureaucrats they go about their work, stealing and lying their way through the war.

Going for joy rides on bombers, talking their way into beds on a hospital ship, leading a desperate mission through the New Guinea jungle or parachuting into the ocean; its all part of a day’s work, as the two middle-aged Englishmen look forward to being reunited with their many wives. Ready to go home, they become unwilling volunteers in an attempt to rescue a group of Allied prisoners from a Japanese P.O.W. camp, where nothing goes as planned. Come along and enjoy the ride with this irreverent pair of beer lovers, who teach Army Rangers a few things about jungle warfare.