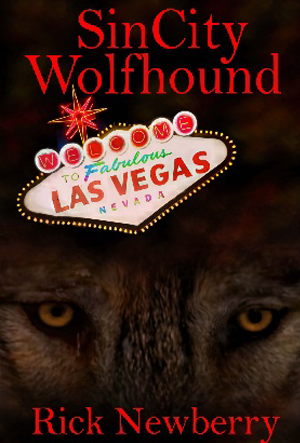 Adam Steel lives a double life. Adam is the name he chose for himself as a human. Steel is the name he was given at birth as a Giant Irish Wolfhound. His shifts are uncontrolled, unavoidable, and totally unwanted. Adam loves everything about the human world. Using television as his main instructor, he “studies” humans by watching old black and white movies. He also watches the local news where he discovers one more thing about the human world he finds fascinating: Dixie Mulholland. Dixie is a fledgling field reporter who has her sights set on making network anchor. When Las Vegas is gripped by a series of unsolved murders, she is assigned to report on the gruesome slayings. Her star rises after she labels the crime the work of The Werewolf Killer. Adam never recalls what he does as a canine with any great clarity, and he fears he or his siblings have something to do with the murders. Afraid of going to the police, he forms a plan to solicit the help of Dixie. She is, at once, attracted to Adam, and he cannot keep thoughts of Dixie out of his mind. Can they find happiness together when they discover the awful truth behind the Werewolf Killer?