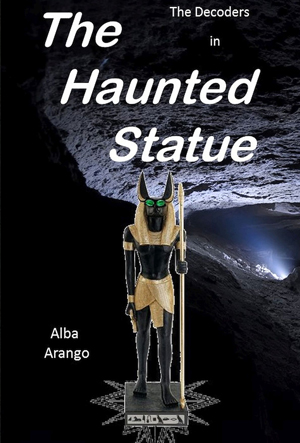 When twelve-year-old detectives Steve, Matt, and Jenny learn about a long-lost Egyptian statue hidden somewhere near the city of Beachdale, they jump at the chance of solving another mystery. But, as their investigation deepens, they learn a couple of very disturbing details: first, the statue is supposedly haunted; and second, two rather large gun-toting foreigners are also interested in the treasure. Determined to find the statue, the trio delves deeper into the mystery, encountering a web of danger unlike anything they have ever seen. The detectives brave catacombs, underwater caverns, and booby-trapped tunnels, until finally, they begin to unravel the secrets behind the haunted statue. But, as the foreigners close in on them, the three friends must figure out how to retrieve the Egyptian treasure and out-smart their enemies in this fifth exciting installment of the Decoders series.