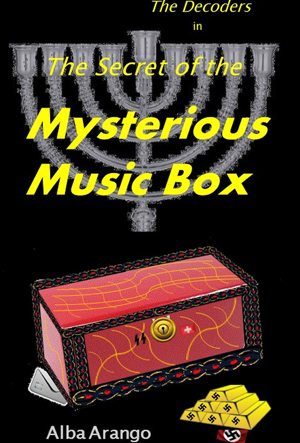 Steve, Matt, and Jenny thought their new case would be a cinch. They were wrong. What starts out as a simple search for a stolen music box, quickly turns into a dangerous hunt when the three detectives discover that the dark and mysterious history of the music box could lead them to a long-lost missing fortune from World War II. As the twelve-year-olds delve deeper into the mystery, they encounter two separate treasure hunters, both willing to do anything to get their hands on the missing gold, including eliminating the competition. Racing against time, the trio must figure out the clue left behind by a dying old man in order to keep the music box, and the treasure, out of the hands of the Neo-Nazis.